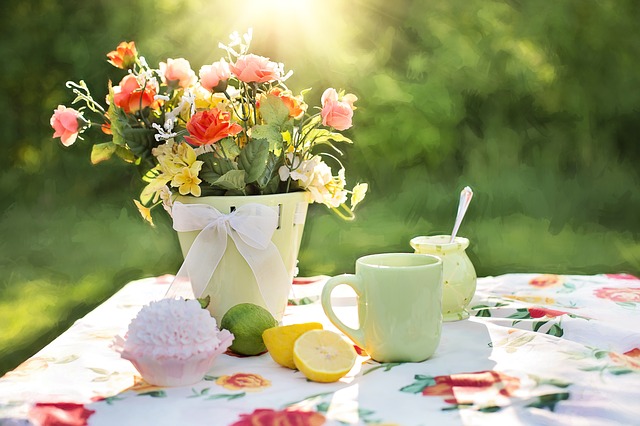 The Open Mic session was held in the garden of the King Alfred’s Head.  Performers were Melobo comprising Howard Hill – bass, Graham Hubbard – melodeon, Charlotte Pascoe – oboe and guest fiddler, Justin Greenhalgh. Young singers Alice Macarthur and Isabelle Braun supported by their teacher,  Sarah Hobbs, delighted the crowd in turn with their gorgeous singing. The event also marked the launch of the Wantage Summer Festival cocktail and the Wantage Summer Melon Ball, drinks created by Stuart Cockwell, Manager of King Alfred’s Head.  Peter Kent, who is on the Wantage Summer Festival committee acted as official photographer for the event.

The Open Mic event followed the successful second open meeting which Sylwia Korsak and Linda Baines, co-chairs, Wantage Summer Festival led, to seek views of the community and participant and idea for 2016.  “Wantage Summer Festival is a community event that celebrates and showcases the amazing talents and skills of individuals, voluntary and community groups, artists, crafts persons and performers in Wantage, Grove and the surrounding villages”, commented Sylwia Korsak.  “So we need ideas and views of members, groups, organisations and businesses in the community and gather their ideas as we start to plan for Wantage Summer Festival which will be held in June/early July 2016”.  “We had a really good turnout at the open meetings”, added Linda Baines. “We’re thrilled with the suggestions and thoughts that we’ve received.  We’re still looking for ideas and those who weren’t able to attend the open meetings can add their suggestions and comments on this public notepad: http://etherpad.media.mit.edu/chTj4PoPuu.”

Wantage Summer Festival acknowledges the help and support of the performers, Howard Hill, Sarah Hobbs, Stuart Cockwell, King Alfred’s Head team and Jean and Peter Kent, without whom the Open Mic event would not have happened.

Thank you to the Wantage and Grove Herald…