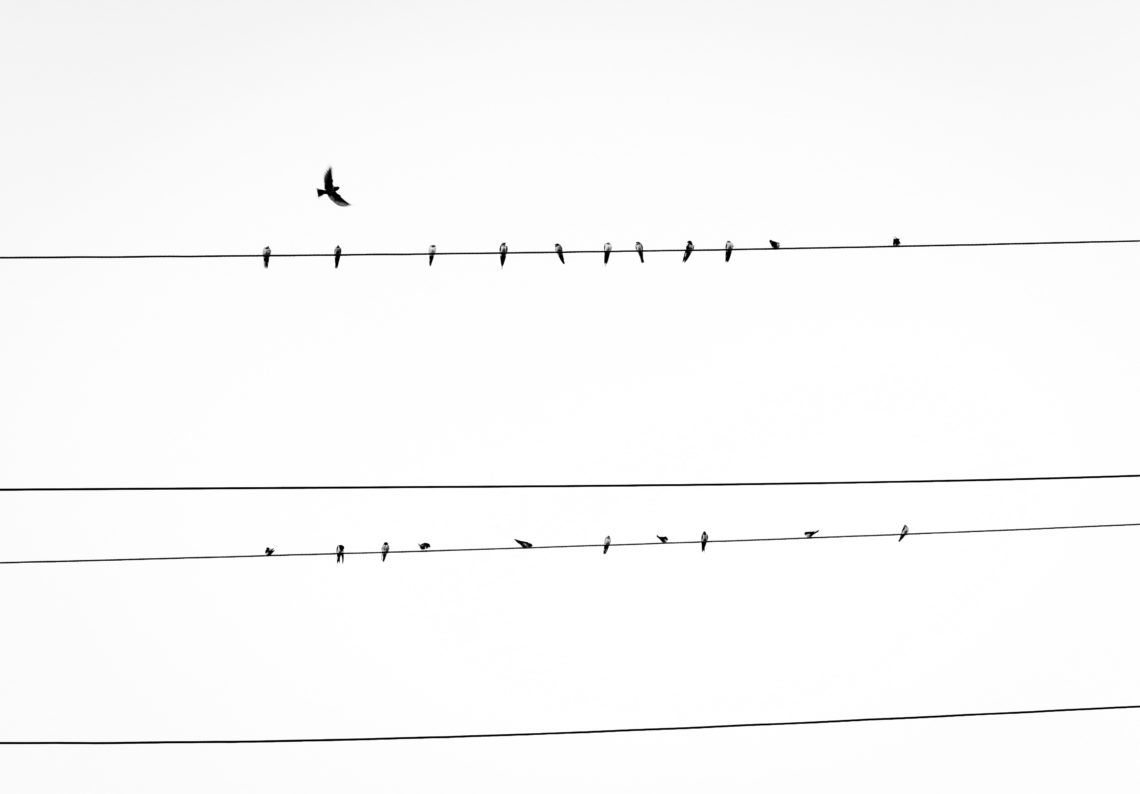 Inspired by the current political climate in the UK, this blog post was brewing for a few years now. It is a summary of my early personal experiences and learnings about racism. It will be followed by more in the upcoming few days: UK learnings and personal recommendations for those of you who might want to think about it a bit more. So stay tuned.

You see, growing up in a white, communist, Catholic Poland meant that I personally did not experience racism as a child. Going to the Catholic church, I was brainwashed into thinking about myself as a very tolerant, educated and spiritual (ergo kind) individual. It was later when I started to travel to Denmark for a student exchange organised by my parents, that the scale of Polish racism became apparent to me. Maybe it was at that moment when I had to open my bad on the German-German border in Berlin? Perhaps it was in the way we were still drawing lines between our national identities while using the religious dogma to back it all up?

I am not sure.

In primary school, I was busy managing my abusive mother. Still, I was infuriated by her comments about Jewish people (every-single-time we have watched a Hollywood movie), while in secondary school, I started to question my cultural paradigm. I was tired of commonly accepted jokes about Poles (aka smart), Germans (aka pragmatic) and Russians (aka stupid) or Jews (aka overly frugal). Comments about sending Russians back to Russia, Jews back to Israel and Black people to Africa were common in my very own house – which I found very traumatic. Islam was not mentioned back then, but I think I have seen and heard enough.

Change to democracy did not shift anything in this cultural paradigm, possibly made things worse – we simple changed sides. I was so sick and tired of homophobia, patriarchate, racism and other forms of intolerance that I applied for international studies.

I was lucky. I was sent to Budapest to study American and Hungarian culture.

I had high hopes – I was away from an abusive parent, so the world was my oyster. American Studies introduced me to the idea of rights and liberties, freedom of speech and the separation of state from church, as well as other founding principles of the American culture. However, studying in a white, secular Hungary, I was fortunate to carry the only national identity which was historically and socially accepted in Hungarian society. Poles and Hungarians were friends in many historical events. I was studying Hungarian linguistics and history of the language. I was welcome. I was liked. I was overly praised for my loyalty to the Hungarian heritage.

I felt that racism was all-encompassing nonetheless.

My Polish boyfriend carried the racism flag with him everywhere – stressing the superiority of our and Hungarian nation over all others. His lack of tolerance actually led to me ending the relationship. As an international student, I was also a witness to severe abuse of my Asian friends. Trust me, taking care of friends beaten up by police for the colour of their skin is never fun, mainly if you seemingly belong to the “other, white” side.

I started noticing the layers and intricacies of racism. In many ways, being black or Asian was very difficult – people would tell you to “go home” in the street or overly praise you for your Hungarian language skills (so very awkward!). Being Russian or from the old Soviet block was harder. The difference was not so visible, but it was a disaster waiting to happen – due to fresh and old historical wounds. I could feel it each time I spoke Polish, and it was mistaken by Russian – in that quick shift from hate to kindness in a split of a second. It was there even that first day when my dad asked for directions in Russian and was ignored, but a minute later helped when speaking English. However, being German, French, English or American was quite tricky too – the racism there was gentle, almost invisible. It was hiding in the different menu pricing for tourist in restaurants and higher hotels rates. It was practically silent, like the wind – invisible, but present.

Being Polish was ever so comfortable – I was treated like a Hungarian, but a bit better. I spoke Hungarian with no accent. My intent to blend in and behave in a Hungarian way was rewarded with compliments.

I was feeling welcome.
I was home.

I was also part of the problem.

I was enjoying the hospitality without questioning the status quo. I was on the right side of history.

I was also sometimes using racist terminology without even knowing it. Things were “typically German”, for instance. On some occasions, a racist joke was funny. I laughed. I was blind to the damage of racism, so I was part of the problem.

I was, however, conflicted. Those comments coming from others, especially about my friends, were painful. Yet, I could not see myself belonging to the same paradigm. I knew that I did not like that side of my own identity back in Poland, and I did not like the bit I was learning from the Hungarian heritage.

So I started peeling off the layers, gradually. I took a job at an Indian company and embraced more the fantastic Asian minority spaces in Budapest. I left my racist friends and spent more time in more international circles. Before 2000 it was still easy – Europe was economically and culturally opening, EU was integrating new counties, and cultural diversity was becoming fashionable too. Budapest was always an island hosting 20% of the nation, culturally very different from the rest of Hungary. It was a melting pot of many cultures if you knew what to look for.

Everything changed in November 2001.

In a day, the entire world froze in fear and turned its evil eye on one religion. As a result of the new political anti-terrorist narrative, racism was legitimised. People in power, the educated, the privileged felt free to speak the hostile word of racism even louder. It rang in ripples across the entire Eastern-Europe and reached Budapest too.

I was still at the university, so I had the freedom, time and space for navigating towards more niche, arty, more tolerant people in response to this new world. I started dating a son of a nationally known poet of traveller heritage and a woman who gave up her Hungarian aristocratic background to build a new type of a family. This relationship placed me in a small and magical world of different, brave, quiet, but steady revolutionaries. I learned about the people who were imprisoned for speaking the truth. I saw the impact it had on their lives and their loved ones. I learned about the choices one has to make when in the place of safety. I learned about decisions made from the position of severe imprisonment. I learned when to speak and when to resist.

As I was approaching my twenties, something else was emerging too.

A new revolution, if you like. Our niche musical, literary, radio activities were becoming even more potent with the emerging new technologies. We were starting to blog and use social networks to navigate towards our tribes and expect our reach through mutual interests. We had new ways to connect, to collaborate, to create and to rebel. Hardly anyone in power was even aware of the stuff going on online. Those online connections were making us feel a bit safe offline too. Needless to say, being Asian, gay or female artist was not just accepted but celebrated and pretty fashionable in those new communities.

I surrounded myself with kind and tolerant people so I probably lived in a bit of a bubble. The collective reality was much darker than my own.

And so maybe that’s why we did not see the new wave of racism entering our media outlets, our schools, our universities and our streets? Because it was there. Every single day it was growing stronger.

As the economy started collapsing we all needed someone to blame – and let’s be honest: it’s easier to blame an Asian Muslim student who sits next to you in class than a very few I’m power, right? We did not want to believe it, but this shift was indeed happening.

But we only feel the real impact of racism when it touches us personally – when the public narrative becomes personal.

To me, it was the shift in Hungarian culture towards Poles. The bubble of historical loyalty and love was slowly bursting. I was frowned upon on the bus for speaking any other language than Hungarian. I was called a Poyak (that negative word for my countrymen emerged). I was told to go back home. While verbal and physical abuse towards my Asian friends intensified, I was starting to feel less welcome as well.

One situation touched me beyond tears. When giving birth to my son, I suffered from preeclampsia (dangerous illness with high levels of mum and child mortality). Hungarian hospitals are fantastic, so we were saved. The following day I was in my bed, recovering, with needles still in my veins (in case of sudden changes and need for blood), trying to breastfeed when the hospital worker came in to deliver the free nappies allocated to all mums. Instead of leaving my lot on the table, she took away my own set of Pampers, so I was confused. Another mum explained to me: we each get a few and you had too many. Foreigners should not waste taxpayer’s money.

I had enough of racism. There had to be a better way to live.

I moved to the UK.

(Here is will stop, I had no idea this post would grow so fast, so I will need to continue in another one. I would love to know if racism was present in your childhood, though. Did you experience or see it as a young person? Did it affect your choices or your wellbeing? Let me know)

Photo by Danielle MacInnes on Unsplash 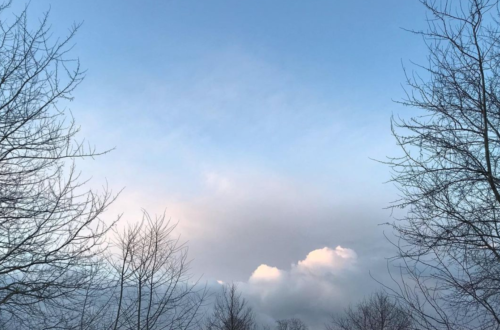 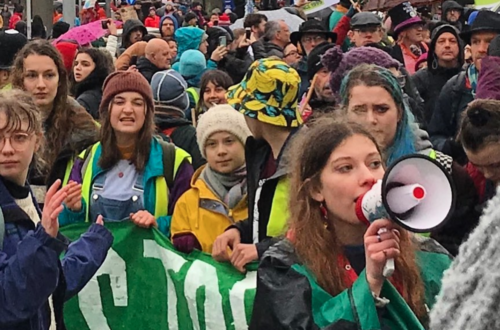 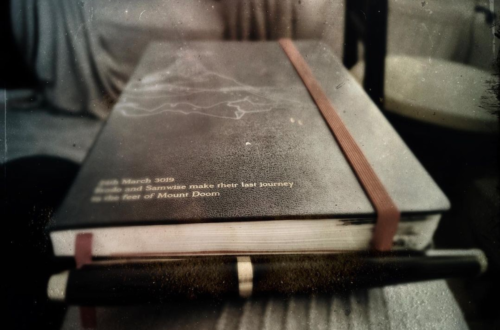